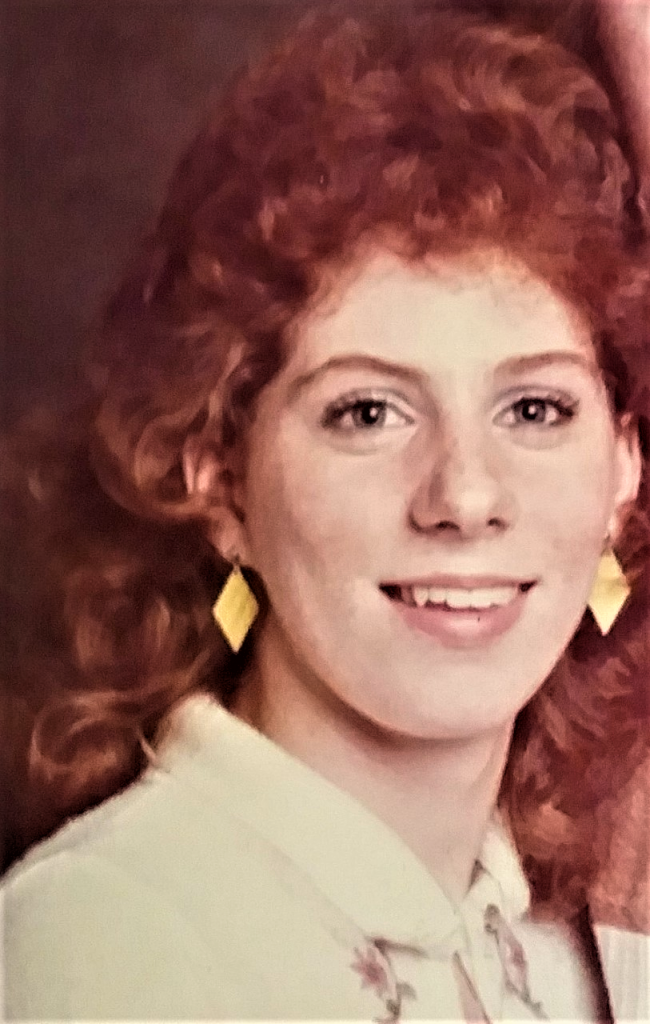 Bonnie Wesley Mong 52, Went to be with her Lord and Savior on July 22, 2020 . Heaven has gained another precious ANGEL. Bonnie was at home with her family, friends and her Hospice nurse when God called her name. Bonnie was born on August 17, 1967 to Robert Wesley and Hazel Flook, in Rochester, PA. The family would like to thank Pinnacle Hospice for the Loving Care and support that they gave to Bonnie and her family during this difficult time.

Bonnie worked in Housekeeping at Friendship Ridge and the Medical Center of Beaver for many years before marring and becoming a housewife. She loved being at home cooking for her family and friends. She made the best Marconi Salad. She loved listening to Gospel Music and going to Church. She recently got baptized at Oak Grove Church in Ohioville by Pastor Jeff Phillis who she adored. Her family and friends meant the world to her; she loved spending time with them. Her brother Robert was her ROCK he was always there loving and supporting her and she truly loved him. They would sit on the porch for hours just sharing each other’s company and talking. Brenda Hoskinson was a dear and close friend to Bonnie. Bonnie wanted her there by her side during her illness. Brenda is going to miss Bonnie and the time that they spent, but their time and memories will remain in her heart. 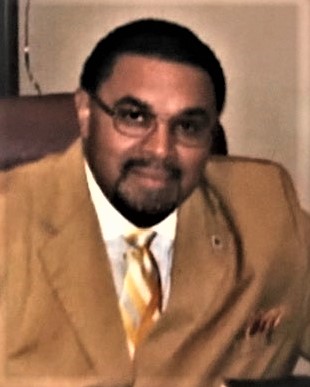 Rev. W. Howard Burton, Sr., of Baden, Pastor and Founder of The Father’s House in Rochester, PA., affectionately known as “The Rev”, went home to receive his crown of righteousness from the Lord on Monday, July 20, 2020.

On the battlefields of VietNam is where Pastor Burton first made his commitment to God. Only a God could have saved him when there was absolutely no conceivable way out of that situation. As an enlisted soldier in the United States Marines, he was an honored Marine who fought in the Republic of Viet Nam and received the Bronze Metal, a Naval Commendation Medal for Heroic Achievement as Machine Gunner with Company B, First Battalion, Fifth Marines, First Marine Division in connection with combat operations during a search in Quang Nam Province. He served his country with honor and valor. Not only was he a war hero he was a prayer warrior, praying not only for those he loved but this country and anyone he came in contact with.

With total dedication unto the Lord he began his crossin… He met his wife, Mary and fathered three sons, William Jr., James (Nicole), and Brian. He was a hardworking, wonderful husband, and a great father and grandfather to Remington Renee and Harper Ever. He cherished his granddaughters. They were the light in his eyes and the love of his heart. He was totally dedicated to his family.

His salvation and ministry tutelage started with the beloved Apostle Sam Sallis, at the HCCDC, Industry, Pa. Then later under the direction and covering of the beloved Pastor Viola Singleton, at Mt. Calvary Chapel Church, Midland, Pa.; Rev. Burton served as Youth Director then as Youth Pastor. Later he became Associate Minister and Adult Bible Study Teacher all while holding down a full time job and raising his family. Pastor Burton received his Ministerial Ordination in 1992. As a call to start his own ministry, to pastor and preach the Word he was ordained by Bishop T.D. Jakes in Dallas Texas in 2000. He taught ethics and true godliness, not only from the Word of God, but also from the paradigm of his life according to apostolic standards.

Rev. Burton served with passion and conviction as the Pastor and Founder of The Father’s House in Rochester, Pa., he founded and pastored in 1997 until his passing. Around The Father’s House he was famous for saying, “Follow me as I follow Christ…It’s all about Him and not about you.” Rev. Burton’s style has always been uniquely his. From the pulpit, his fiery delivery of the Word was charismatic and most compelling surpassing race and all denominational barriers.

He served the community as President of the Beaver County Chapter of the NAACP along with the late Margaret Moss. He was one of the key members charged with the challenge to combine all the branches in Beaver County into one NAACP branch. He served on several boards, Penn State Advisory Board, Robert Morris Interfaith Clergy Council, Rochester Ministerial, and the Diversity Committee at Nova Chemicals. He retired from Nova Chemicals as a Facilitator/Trainer in 2015. He coached minor and little league baseball, he coached Peewee, Mighty Mites, and Little Rams football, winning a championship in 1988, all in Rochester, PA. He was a father figure to a lot of young people and was one of the best examples of what a man, a father, a husband, and a mentor should be.

He was preceded in death by his parents, Donald, Sr. and Gladys Burton and his brother, Donald Jr.
He leaves to cherish his memory, his wife Mary; three sons, William Jr., James, and Brian; daughters, Nicole Burton and Roxane Carter; granddaughters, Remington and Harper; sister, Ruth Monroe; brother, Richard; a host of nieces, nephews, brothers and sister in-laws, members of The Father’s House, cousins, and friends.

He loved to watch old cowboy movies especially Gun Smoke and Walker, Texas Ranger. He was a good friend to his special buddies, Minister Larry Walker, and Bishop Reon Nesmith. Jamone Watson was very special to “The Rev”, they took their Saturday morning trips to Sam’s Club.

A charge to keep I have, A God I glorified. The time has come for me to leave this life. I have fought the good fight. I have finished my course; I have kept the faith. Henceforth there is laid up for me a crown of righteousness, which the Lord, the righteous judge, shall give me. 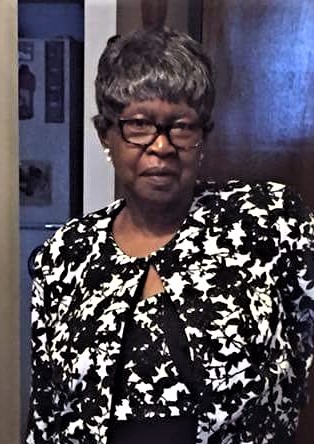 Dorothy Taylor, 87 of Beaver Falls, PA was called home by the Lord early Sunday morning, July 19, 2020 after a brief illness.Born on April 12, 1933 in Sycamore, Alabama to the late Charles and Lurie Estelle, she was a graduate of RR Moten High School; she moved to Beaver Falls PA in 1952 and joined in marriage to the late Lester “Boot” Taylor in 1954.

Dorothy affectionately known as “Dot”, “Mom” or Mrs. Taylor was a homemaker most of her life; where she stayed home to raise her children; she later worked at McDonald’s in Beaver Falls as a breakfast cook, and was a grandmother for the Head Start of Beaver County. She was also an avid Pittsburgh Steeler and Pittsburgh Pirate fan where she enjoyed watching them play on game days. One of the things she will be remembered for is her cooking; there was not a meal that was not made with love and enjoyed by family and friends.
Mrs. Taylor was a faithful member of the Tabernacle Baptist Church, where she formerly served on Senior Ladies Usher Board; she had a quiet spirit, not one for talking a lot, but had a willing heart.

She was preceded in death by her parents Charles and Lurie Estelle, her husband Lester “Boot” Taylor, her siblings Nellie Ruth (Estelle) Cook, Eddie Lewis (E.L.) Estelle and Charles (Estelle) “Mrs. B” Borden; Her in-laws Ernestine Estelle, Cephus Cook, Frank Borden, Lurla Nelson, Uylsses “Bud”, Frank, Sam, Anderson “Red” Taylor, Cassie Cook and Jesse Curry. Several other aunts and uncles, but a very special Aunt Essie Cook who was more like her second mother to her. She has one remaining sister-in-law Ada (Taylor) Young who is 101 years old from Talladega, Alabama.

Viewing will be Friday, July 24, 2020 from 5-8pm at the Washington Funeral Home located at 1411 6th Avenue, Beaver Falls. Funeral Services will be on Saturday, July 25, 2020 at Tabernacle Baptist Church, 630 3rd Avenue, Beaver Falls at 11:00am with Rev. Dwight Banks delivering the eulogy. Family and friends are meeting at home of her daughter Lesterine Taylor.
A stream live review will be available on Saturday 11am Washington Funeral Home & Cremations Facebook. 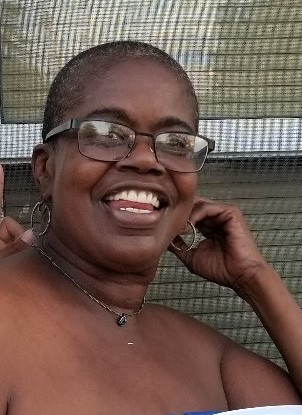 Dawn was born January 3, 1965, and grew up on Mt. Washington, Beaver Falls, Pa. She LOVED her family and friends. She was known for her kind and giving heart. She was always laughing and smiling. Dawn always had jokes and a great wit about her. She loved playing “bid whist, spades,” and scrabble. Dawn was truly the definition of an amazing woman and friend. She will forever be LOVED and missed by all who knew her.

She was preceded in death by her father, Irish “Scooter” Jackson and sister, Mary “MaeMae” Yates.

There will be a viewing on Friday July 17, 2020, from 5 to 7 p.m. and on Saturday, July 18, 2020, from 11 a.m. to 12 p.m. followed by a Homegoing service. Pastor Shirley Cleckley will be officiating at
WASHINGTON FUNERAL HOME & CREMATION, 1411 6th Avenue, Beaver Falls, PA, 15010. A stream live viewing will be available on Washington Funeral Home & Cremations Facebook Page.
All those paying respects must wear a mask. – No exceptions. 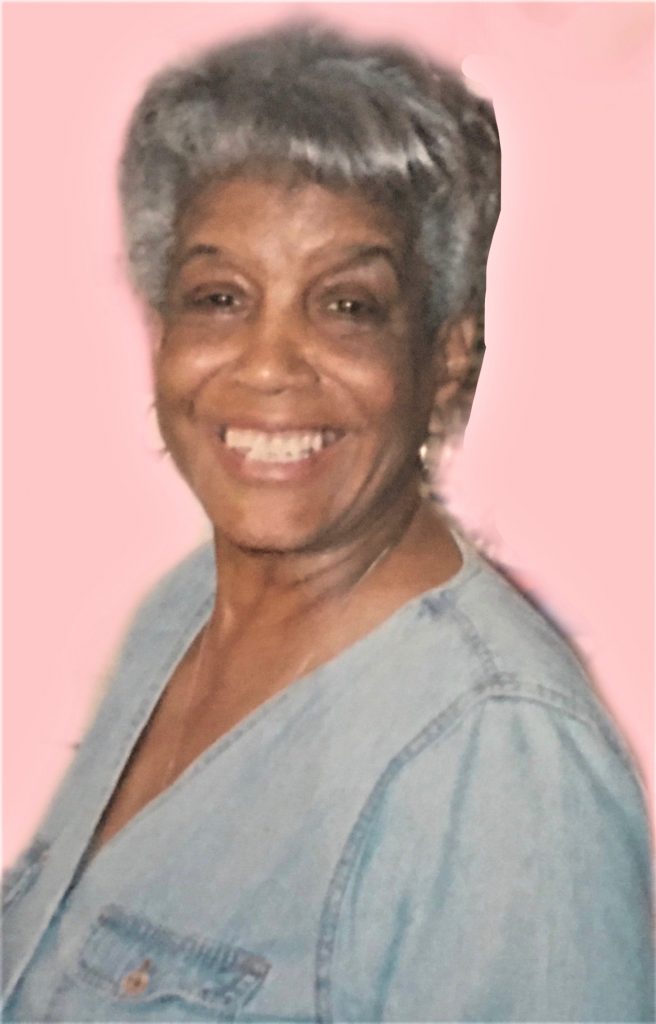 Martha was born August 10, 1934, in Beaver Falls, the daughter of the late Ethelton Jack Branch and Rosalie Goins. Also, her Grandmother Martha Sue Gaines was very instrumental in her upbringing.

Martha was an active member of Tabernacle Baptist Church in Beaver Falls, and a dedicated fan of her Beaver sports community and hometown team of the Pittsburgh Steelers. She served in various career paths, starting in Maryland and eventually finding her way back to her roots and loyalty to Beaver Falls, where she pursued her career as a nursing assistant. She further pursued a career as a dedicated customer service representative for Wal-Mart Corporation.

She loved to entertain, decorate her home, and create festive themes for the neighborhood kids to brighten the spirit of the season. In addition, she found peace in listening to jazz music and wearing stylish clothing (especially her shoes), looking good no matter where she went. She was known for her quick wit and infectious energy, and her kind and compassionate spirit.

She was a beautiful woman with tenacity for keeping things continuously on the move. She was a devoted mother, grandmother and great-grandmother. To the union of Willie Frank Jr., they had daughters, Greta Frank (Aldophus) Gambrell and Daphney Frank; grandchildren, Willie Wesley (April) Frank, ShaVonne Frank, Jason Frank, Jasmin Elder and Keith Elder, and great-grandchildren, Zoe, LeNashia, Jason Jr., Gianna, Jaymhir, and Khloe. She will also be sadly missed by a host of nephews, nieces, other relatives and loving friends.

She was preceded in death by her daughter, Jackie Frank; brothers, Roland Branch and Edward Branch; aunt, Melba Young; uncle, Richard Gaines and other special names, Clarence James and Vito. 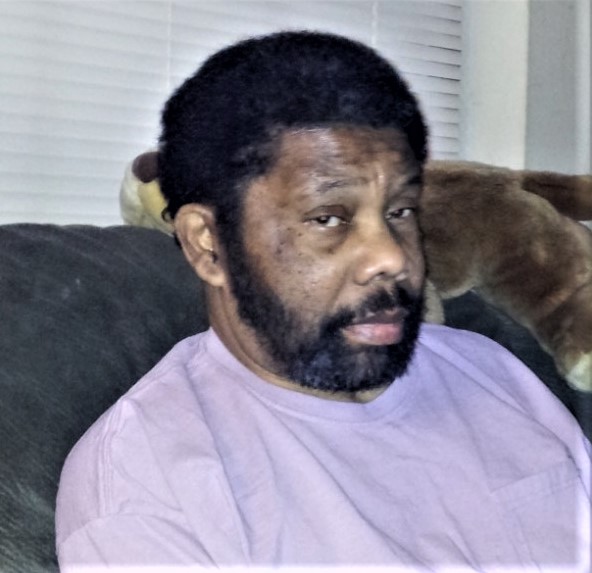 Thomas Jacob Vanlier 68, departed this life on June 9, 2020 due to an extended illness. He resided in New Brighton, Pa. and was born on May 3, 1952. He graduated from Lincoln High School, Midland, Pa and attended college in Maryland. He was well known for his love of basketball. His nickname was T-Bone.

Thomas was preceded in death by his parents: Jacob and Alice Vanlier. His beloved Grandmother: Nellie Vanlier.

Thomas is survived by his Sisters: Sheryl Vanlier, Christine Vanlier, and Kim Johnson. Son Forest Kirby. Grandchildren and a host of Aunts, Nieces, Nephews and Cousins.