Louis worked at Allied Construction. He served in the U.S. Army during the Korean War. In his past time Louis enjoyed fishing, camping, hunting, motorcycling and deer watching. Louis was a former CB’ er known as “Thunder Bolt” and his wife Lucinda was known as “Blondie”.

Frederick worked as a general contractor and in his past time he enjoyed fishing, listening to music and playing the harmonica.

Allan W. Murphy, of 528 Case Street, Apartment A Rochester, PA passed away on Wednesday, July 27, 2016, at UPMC Presbyterian Hospital in Pittsburgh, PA. Allan was born February 20, 1971 in Buffalo, NY to Allan W. Murphy Sr. and Linda Roehler. Allan’s field of work was in construction, and his past time hobby was fishing.

In addition to his parents, he is survived by his brother, Sean Murphy, sister Michelle Murphy-Young; son Allan Murphy III and his daughters, Stephanie Haswell, Corrin Rendon, and Autumn Murphy. In addition, his beloved five grandchildren and another on the way. 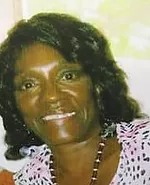 Gertrude Virginia (Waldron) Evans, of 392 Adams St. Rochester, PA passed away on Friday April 29 2016, at the Pinnacle Health Hospital in Harrisburg PA. Gertrude was born in Rochester, PA to the late Robert Waldron and Dorothy H. Board on July 11 1953. Gertrude graduated from Beaver Falls High School, attended and graduated from the New Castle School of Trade, and furthered her education at the Pittsburgh Beauty/Barber School. In her retirement she enjoyed the world of art with drawing and painting. She was retired.

Visitation will be held at Washington Funeral Home & Cremations 1411 6th Avenue Beaver Falls, PA on Tuesday May 3, 2016 from 5:00pm-8:00pm. Viewing and funeral services will be held at the Holy Spirit Fellowship Church Wednesday, May 4, 2016. Viewing From 10:00am until 11:00am, with services immediately following at 11:00am. Reverend Oshea Vreen with Holy Spirit Fellowship Church located at 1100 6th St. New Brighton, PA will officiate the funeral services.

Jerry Moye Sr, of Pittsburgh, PA passed away on Monday, March 28, 2016, in Pittsburgh, PA. Jerry Moye Sr. was born in Beaver Falls, PA to the late Allen Moye and Carrie Nelson on June 6, 1931. He retired as a Chief Psychotherapist in the Montgomery County, MD. area.

In addition to his parents, he was preceded in death by his former wife, Earlene Gardner.; mother, Carrie Nelson.; father, Allen Moye.;brothers, Earnest and Thomas Moye.

Arthur A. Johnson 32, of Beaver Falls, passed in his home on Sunday, February 14, 2016. Born in Beaver Falls, November 16, 1983 he was the son to Arthur Leroy Ahmad and Karen Marie Freeman. Arthur graduated with high honors at the Village Charter School. He joined the Potomac Job Corp in Washington DC, and furthered his education in the culinary arts field. He went on to work as a Sous Chef for Norwegian Cruise Lines. In addition to his parents he is survived by two brothers Jamal Ahmad of Chester, Jaleel Ahmad and Sister-in-law April of New Brighton; a sister Deatra Johnson of Chester; six nieces and nephews, Brandon, Olivia, Jamson, Mekhi, Joshua, and Saven Ahmad all of New Brighton.

A memorial Service will be held at the Washington Funeral Home & Cremations on Saturday, February 21, from 11:00am to 1:00pm; Reverend Kevin Lee will be officiating. 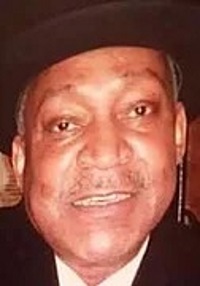 Visitation will be held at WASHINGTON FUNERAL HOME AND CREMATIONS, 1411 6th Avenue, Beaver Falls, on February 11, 2016, from 6 to 7 p.m. Rev. Monty Lowe will officiate the funeral services at 7 p.m. 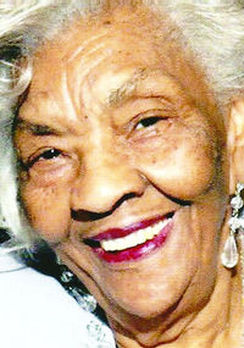 Mamie Steals Moye, of Beaver, was taken home by her Lord and Savior, Jesus Christ, on October 19, 2015 in Heritage Valley Health System. She was born in Youngstown, OH, on May 25, 1928, to Thomas, Sr. and Leola Williams Steals. During her life, Mamie was a devoted wife and mother.

Mamie was a lifelong member of Mt. Olive Missionary Baptist Church where she served as church secretary and sang in the choir. She was also a member of the Order of Eastern Star, served as a volunteer for Head Start, and was member of Life of Beaver County. For over 20 years, she served as a volunteer in the American Red Cross Foster Grandparent Program. She was very passionate about working with and encouraging children. For her many years as a volunteer, she was awarded the Foster Grandparent of the Year Award by the American Red Cross for outstanding service in the program. Upon her retirement, she was presented the Meritorious Award from the Beaver County Commissioners for her 25 years of service to her community and her devotion to children. She enjoyed fellowshipping with her family and friends.

Friends will be received on Friday, October 23, 2015 from 4 to 7 p.m. at WASHINGTON FUNERAL HOME & CREMATIONS, LLC, 1411 Sixth Avenue, Beaver Falls, PA 15010. A homegoing celebration will be held on Saturday, October 24, 2015 at 10 a.m. at Mt. Olive Missionary Baptist Church in Aliquippa (Logstown) PA. Rev. Richard Jackson will deliver the eulogy. Interment will be in Beaver Cemetery.

The family would like to give a special thank you to the devoted staff of Life of Beaver County and her dedicated “table buddies”.