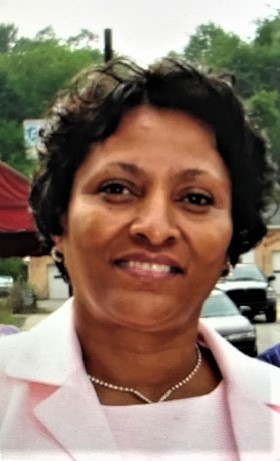 Patricia Ann “Shookie” Cleckley-Cook, 72, of Beaver Falls, passed away Saturday, May 9, 2020 after a lengthy and courageous battle with Diabetes.
Born December 21, 1948, in Beaver Falls, she was the daughter of the late Wilbur Paul Cleckley, Sr. and the late Gertie Lee Cleckley.

In addition to her parents, Patricia was preceded in death by a brother; Rev. Leonard Paul Cleckley, Sr. and a sister; Geraldine Cleckley Gardner.

Patricia was strong in her faith and served as an elder at Omega Ministries in Beaver Falls. She was a graduate of Community College of Beaver County, where she earned her degree in Criminal Justice. During her career as a Security Guard, she was employed by Babcock & Wilcox, Beaver Falls, Penn Pavilion, New Brighton and the University of Alabama, Birmingham.
She loved to entertain and host family and friends and also had a flare for interior design. Patricia was a beautiful woman with a beautiful spirit and an amazing smile that could brighten the darkest of days.
Affectionately known as “Shookie”, Patricia was a devoted wife of Roosevelt Kelly Cook, Sr., whom she married in 1967.

There will be a private viewing on Thursday, May 14th, 5 to 7 PM at Washington Funeral Home and Cremations, 1411 6th Avenue, Beaver Falls, where a private service will be held on Friday May 15th at 11 AM. All those paying respects must wear a mask. – No exceptions.